MANHATTAN SHORT is developing ongoing partnerships and a loyal fan base with some of the most respected screening venues in the country. Scroll down to see a list of venues.

Brand your company in over 150 cinemas and universities across the United States via one of the most unique film events in the world today!

Your Company's logo inserted in the trailer

The MANHATTAN SHORT trailer is released on August 20 each year. The trailer is shown on screen by our partnering cinemas. The trailer also is featured on their websites and social media outlets.

80,000 Manhattan Short Festival Programs are produced for the event each year. These programs are a keepsake for attendees, film buffs and first time filmmakers. Festival sponsor will receive the back cover advert. 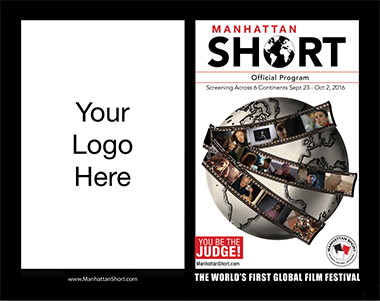 Upon entry at all participating venues, festival attendees are handed a voting card and an Official Program and asked to vote for the ONE Film and Actor they feel should win. Votes are tallied by each host venue then emailed to our NYC headquarters.

500 large cinema posters (27' x 40') are produced and distributed to each individual cinema. These posters are mounted behind Perspex at all participating cinemas across the USA from August 15th through to October 2nd. 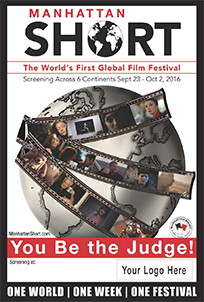 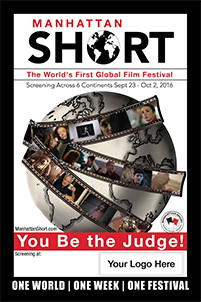 MANHATTAN SHORT has a direct email list for over 100,000 film enthusiasts that is available by state. Your Company's Logo and hyperlink along with text will be included in all newsletters as the official sponsor of MANHATTAN SHORT.

Web banners will be placed on MANHATTAN SHORT home page as well as throughout the ManhattanShort.com website which receives over 1 million unique visitors each year.