"MANHATTAN SHORT is such a cool and unique film festival. Going global to so many places that don't necessarily have festivals at their fingertips and bringing communities together worldwide to watch a carefully curated selection of films and then empowering them to vote for their favorite films and actors is not only global entertainment and cinematic democracy at work, but such a gorgeous way to share diverse stories and talents, tear-down stereo-types and misconceptions and bridge understanding through cinema throughout the world. Love it!" 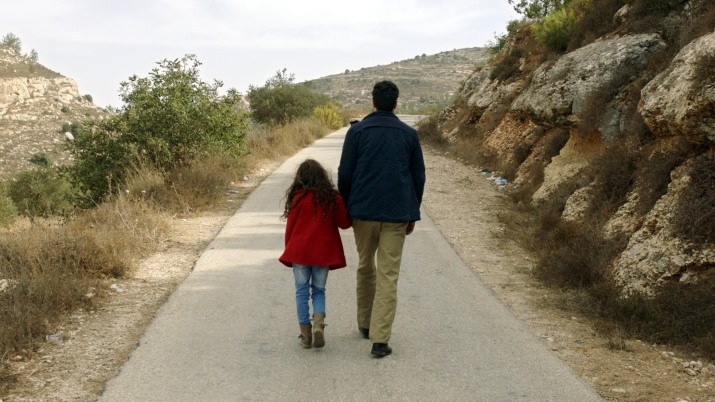 Synopsis: On his wedding anniversary, Yusef and his young daughter set out in the West Bank to buy his wife a gift. Between soldiers, segregated roads and checkpoints, how easy can it be to go shopping?

How did the idea for The Present come to you?

At its essence, The Present is about freedom of movement. It's one of the most basic human rights of all that most people around the world take for granted (until recently perhaps, due to the Covid19 pandemic movement restrictions). But usually, the right to go and come as we please in our daily lives is something most people usually don't even need to consider. But in Palestine, there are over 100 Israeli military checkpoints, another 100 or so 'flying' check points (that can appear anytime, anywhere), separate roads, curfews, the separation wall, a convoluted permit and ID system and, of course, the inhumane blockade of Gaza.

I have been fascinated by exploring what it means - on a daily practical level - to besiege a whole population between checkpoints, walls, and a continuously present occupying military power.

Examining the impact of such things on the human spirit, on individuals and families, on children, caught in that exhausting and deliberately humiliating infrastructure, drew me to write and direct this short film.

I wrote the story based on my own experiences at these checkpoints, witnessing other Palestinians at checkpoints and discussions with those who have to deal with the whole complex every day, including one particular young man I have gotten to know well in Hebron, who quite literally has a checkpoint less than 100 meters from his home.

The actors are wonderful, in particular Maryam Kanj. Where did you find her? Is this her first film?

Yes, Maryam Kanj, who plays the role of Yasmine, is a strong, bright and beautiful girl who is not a trained actress and hardly had any experience, but who I fell in love with the minute I met her. Her smile, her big expressive eyes, her confident personality around adults and strangers, but it was her high emotional intelligence that really struck me the most. She was introduced to me by her aunt, who happened to be a friend of mine. I was at my friend's home (not in Palestine), and brought up that I needed to cast a talented 8-year-old girl, ideally IN Palestine who would also facially resemble something of her father in the film (Saleh Bakri). (Completely coincidentally Maryam's actual real father, Nael Kanj was already being brought on board to be set production manager on the film - nuts right?!) Even though I auditioned a number of young child actresses after I met Maryam, my gut knew I was just going through the motions. I knew from the get go she was the one. 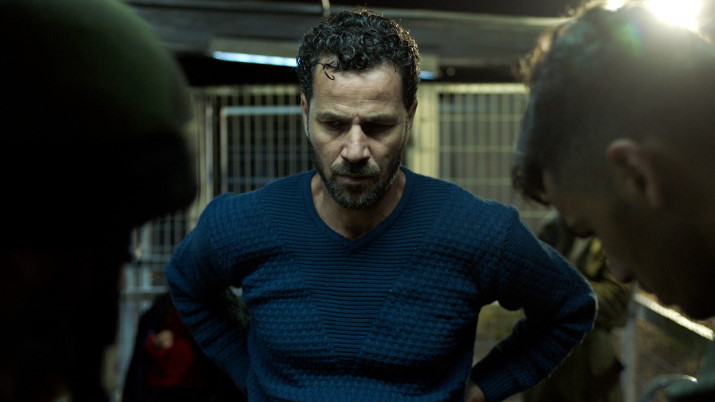 Talk some more about the casting process.

Saleh Bakri, who plays Yusef, is a seasoned and brilliant actor who has starred in a number of successful feature films. The fact that he wanted to play the role of Yusef in this short was so precious to me and I am truly grateful for the passion and performance he gave. I had seen him in a number of other films and when I wrote the story, he was the actor that kept coming into my mind who I felt could and should play the role. It's funny, because I didn't know him personally, but the world conspired. When I started to co-write the actual script a bit later with Hind Shoufani, she asked me who I envisaged in my mind for the role. I told her 'Saleh Bakri' and it turned out she knew him, so the introduction was made.

Saleh is a sensitive soul with an incredible talent who immediately understood the character. He could relate and appreciated the simplicity of the story. I needed my protagonist to be delivered by someone who really understood at his core what the essence of this performance was about. I believe Saleh embodied it beautifully and with the real intensity and dignity he brings to all his work. We're hoping to soon collaborate again for my first feature film now in development.

The film is full of road blocks. What are the obstacles to filming in Palestine?

The film was shot 100% in Occupied Palestine in the Bethlehem area. Shooting in Palestine is never going to be easy.

The cast and crew have different ID's and can go and come with different freedoms. Which can mean unnecessary delays. It is a landscape under military occupation so, in theory, we could be prevented from filming at any moment. Thankfully we were not, but you can imagine the mental stress and paranoia of that being a possibility in addition to the normal stresses of film making.

Sadly, at one point, the locals in the area where we were filming and where we had built the main checkpoint of the film actually thought a real checkpoint had been set up - which I felt terrible about and kept sending members of the team out to tell them it was only for a film and they didn't need to turn their cars around or feel stressed that yet another checkpoint was actually going to disrupt and stress their lives out even more.

When we did recce for the film we found great locations, but they were usually in Area C, which is completely under Israeli military control and obtaining permits to film there would have been next to impossible, but shooting without those permits would be too risky, so we had to give up those locations and settle for locations that were mostly not ideal at all, in more central areas with lots of traffic and noise that needed to be controlled, although we had wanted quieter, easier areas.

One of the hardest things we did, and took a big risk on, because I felt strongly about filming in that location, was filming at the real infamous Checkpoint 300 in Bethlehem (scene 2 of the film), where thousands of Palestinians pass through every morning like cattle. The only fiction in that scene is our protagonist, Yusef (Saleh Bakri). Filming that morning was intense, as we had not even attempted to obtain a permit to film and were surrounded by real people who were being humiliated in actual fact by a military who were just around the corner. I think it was also really heavy on Saleh Bakri's heart - on all our hearts - he was standing tightly among them, stressed and claustrophobic, but also feeling like he was somehow in their way.

The more philosophical question though is: Who has the right to give or refuse permission to film such a monstrosity and why is such a monstrosity there in the first place? It was intense and tough, and we risked attracting military attention at any moment, but it felt like the most rewarding scene once we were done.

What do you hope people take away from this film after seeing it?

I want people to contemplate the film, even after they have seen it. To feel and wonder what such a life under military occupation and apartheid means for people like Yusef and Yasmine. When daily life is deliberately made so hard and stressful on an ongoing basis.

This is a fiction film based on a true situation on the ground today in Palestine, so I want people to consider this cruel, absurd reality - and ask: would they accept it for themselves?