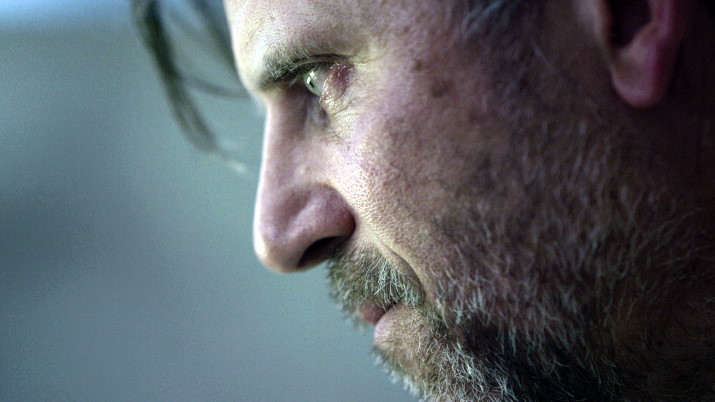 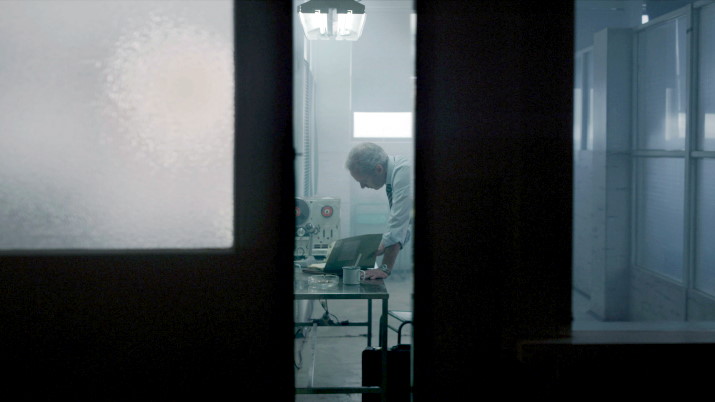 In the late 1970s in Australia, and in much of the world, there seemed to be a general griminess to law and order. The 1980s were defined by broad ranging inquiries and commissions into the rampant police corruption that had gripped the previous decade - the Fitzgerald Inquiry, the alleged tampering within the Williams Royal Commission etc. - so it seemed to me that 1979 would be the perfect year to stage the last desperate throes of the 'bent cop'. The last hurrah, so to speak. 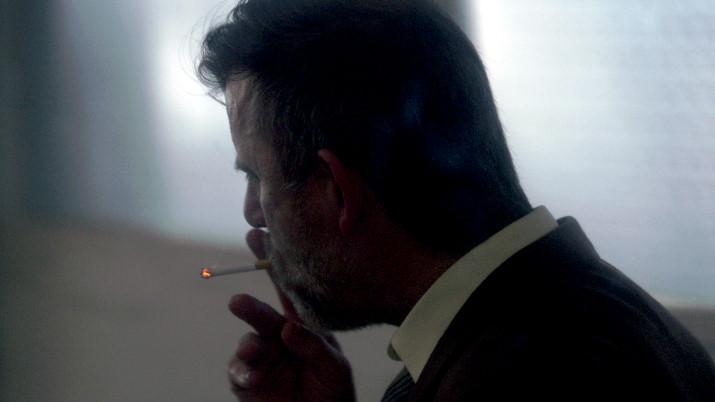 Did any real life events inspire the film?

I would love to discover that the unorthodox interrogation techniques used in the film had been deployed in real life. But, in truth, the film was inspired more by a desire to 'solve' a comic problem rather than any historic event. With the tape rolling, and everything 'on the record', what tools could a corrupt cop use to cloud an incriminating witness statement without incriminating himself? Can a detective be at once open and convivial on tape, and at the same time completely and utterly shut a witness down? I wanted to find a way to depict an audible version of 'the redacted statement', hopefully giving rise to an absurd, frivolous (and sometimes aurally excruciating) film. 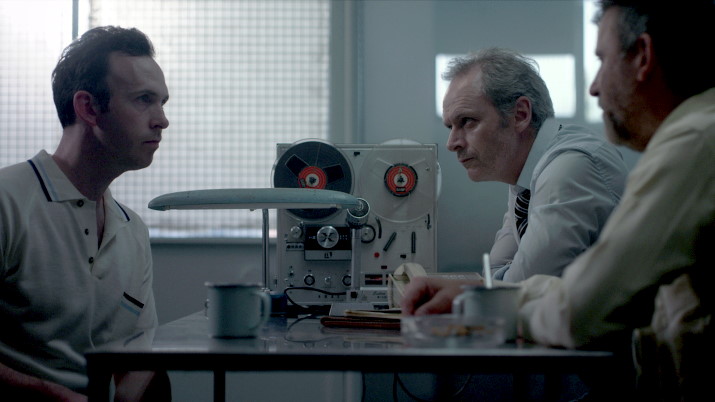 The dual layer tape recorder, I thought they were extinct. What were the challenges in creating the set?

In Melbourne, Australia, there's a functioning hospital with an abandoned building on its grounds - a heritage listed psychiatric health facility (or the 'Royal Park Hospital for the Insane' as it was originally, and somewhat distastefully, called). It's a building that is far too expensive for the hospital to restore, but too historically valuable to demolish, and so fortuitously, we are left with an amazing glimpse of the past. Preserved, essentially, as it was when they dragged the furniture out in the early 1980s, we found that ninety percent of the texturing for the film was already there, in its stained linoleum, cracked windows, and scuffed walls. We added hanging fluorescent lights, prison caging on the windows, cigarette smoke haze, the two-way observation window, and of course the interrogation table itself. The centerpiece of the interrogation set is the AKAI dual layer reel-to-reel tape recorder, which rolls on quietly in the background, an ever present threat. It's really the fourth character of the film. Funnily enough, this particular recorder belongs to my father, and had been kept in immaculate working condition since he purchased it in the early 1970s. We investigated a range of vintage tape recorders of the era, but none were as reliable as this gorgeous family heirloom. The only real challenge was that the cooling fans of the tape deck created an unavoidable 'hum' for the sound recordist to overcome. 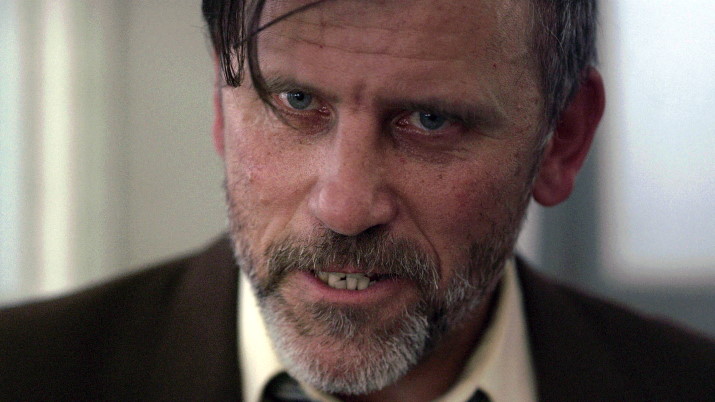 The actors nail their roles. Take us through the casting process.

It was only when we started casting the film that the producer, Jackie Fish, and I really started to feel that the idea was strong. Erick Mitsak was interested in the lead detective role from the outset. He participated in the casting process as an important counter-role for those actors auditioning for the remaining parts to 'play off'. With his greasy-haired bully in full flight, he applied such an unrelenting pressure cooker of standover tactics to each character that they were really forced to work to get their messages out, and often their discomfort was palpable. Some of Erick's instinctual flourishes - such as his wheezing, deliberate coughs - were originally not part of the script but ended up in the film because they were so perfectly timed and unfairly aggressive. There were so many great deliveries, but in the end it was Mark Simmonds, with his dough-eyed gormless confusion, who captured the role of stricken Witness 451, and Gregory Caine with his sharpened arsenal of micro-aggressions that shone through as the Henchman Cop. Above all, it was immediately clear that the actors were really enjoying the scene, and so we knew the investment was there and that the shoot promised to be a lot of fun. I think this comes across on the screen.