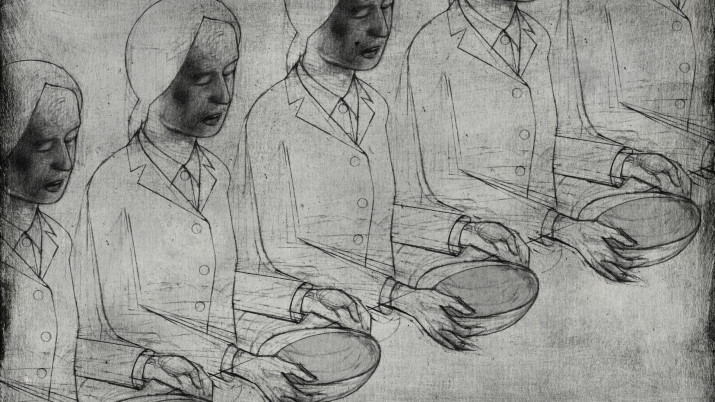 Synopsis: An animated documentary about Hoheneck, the main prison for women in former East Germany.

Two key interviews or voices are central to the film. How did you both come across Gabriele Stotzer and Birgit Willschutz? Did they know each other?

Alexander: No, they did not. They met on the occasion of the premier screening at the Berlinale festival for the first time. During our research about Hoheneck we came across the captivating descriptions and reflections of Gabriele and tried to get in touch with her. The contact to Birgit was more family based - as she was a co-inmate of an aunt of co-author Max. We were very happy that both agreed to record an interview, all the more because they had no precise idea of what would come out at the end. 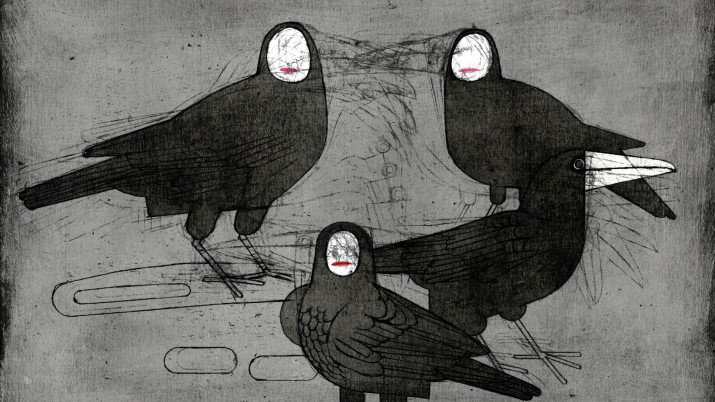 What was it most about these interviews that inspired you to transform it into an animated documentary?

Volker: For me, the sentence about the grey and the general absence of color was a kind of visual key idea. That reminded me of my own memories of life in East Germany, especially my military service there. There was a great visual tristesse and a general lack of beauty.

Alexander: From the beginning, it was very clear for us that it should be an animadoc. It is not easy to find a visualisation for this subject, for the harrowing and overwhelming descriptions and memories of Gabi and Birgit. And here I think that the power of animation, as Volker is working with it, is apparent in two dimensions. By reducingits imagery it creates valuable distance. But at the same time it is enhancing what is said, through its symbolic language. It's a little bit dialectic. 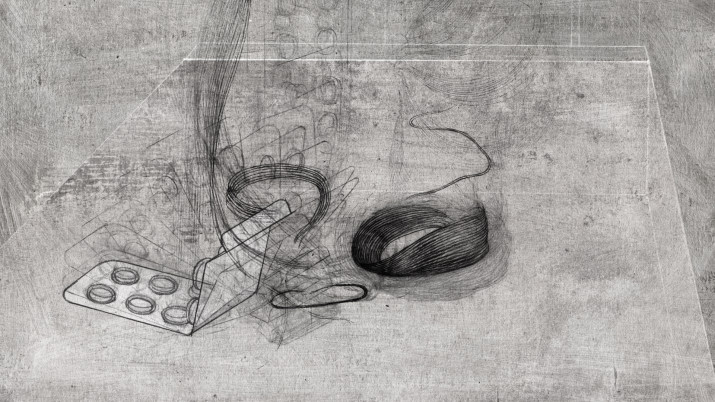 The animation style seems similar to architectural drawings. Why did you pick that approach?

Volker: As an overarching idea, we tried to connect the emotional and very personal approach of the interviews with our impressions of the remaining rooms, floors, bathrooms and production halls there at the original prison site.

To find a visual language for this aim, I developed this architectural, geometrical simplification.

Additionally, this simplified look of the animated drawings should work like an abstraction, to put the whole story on another level of a general narrative. The third - and may be the initial reason came from my huge respect for the two women and to all of the political prisoners. I've tried to find a visual way to translate this respect. That's why I've drawn as carefully, distantly, and cautiously as I could, to avoid competing with these strong interviews.

Is life in the DDR, aka East Germany, overlooked?

Alexander: You know, we Germans are quite addicted to the preoccupation with our past. It is like a psychoanalysis for us. There is even a German word for this: Aufarbeitung. What is that in English? Historical revision maybe? We have a lot of institutions whose only purpose it is to exercise this historical revision, either regarding the Third Reich or regarding East Germany. Hence, no, I don't think the DDR is overlooked. But what sometimes seems to be overlooked are the individual stories of those who suffer through big history.

Volker: Maybe we are too close to the subject to answer this question. It depends on your place, on your age, on your interest. People without relatives or close friends from former East Germany could easily ignore everything regarding this ambivalent episode of almost 40 years in the smaller, poorer part of divided Germany. Nowadays we have two different dominant points of view: on the one hand East Germany was a cute, funny and strange world, with cute small cars like the Trabant and the cool Berlin TV tower, surrounded by this scary Berlin wall. It's a little bit like a nice horror show. On the other hand, East Germany was a part of the Empire of Evil, occupied by the Soviet Union, and was a little bit like a big concentration camp. Of course, both views are wrong, but have some parts of truth. Embedded in a bigger view of world history, it's a very small story, of course, but it was one of the focal spots of the Cold War.

What do you want people to take away from this film after viewing it?

Volker: Difficult to say. When I make a film, mostly I don't care very much about this question. In this case, I wanted to pay my respect and I was more aware about the reception of the result by our two protagonists, and by all the other people who were affected.

Alexander: Is there something like a message in Kaputt? I doubt that. But there is a chance to at least recognise this part of history and maybe viewers will gain a deeper appreciation of the interconnection between single lives and big history.