I Am A Pencil 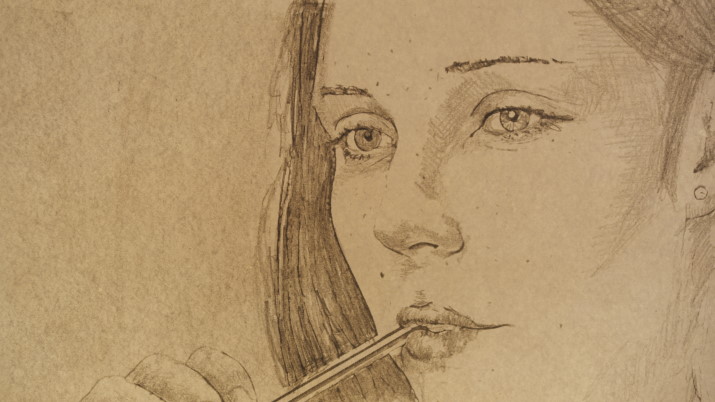 Synopsis: Freedom of expression is the star of this animated film inspired by those who marched in protest on January 11th, 2015 after the Charlie Hebdo massacre in France.

How long after the Charlie Hebdo massacre did you decide to make this film, and what was it about that particular terrorist incident that inspired you to make a film?

Three days after the Charlie Hebdo murders, over three million people marched in support of freedom of expression. The cartoonists at Charlie Hebdo dedicated their lives to freedom of expression and unfortunately, it was this need to express themselves that cost them their lives. As I watched this unfold from the other side of the world, I was deeply impacted by the passion and resilience of the human spirit. When I saw so many people stand alongside the members of Charlie Hebdo on that day, I felt a surge from deep within and I was compelled to write the story of the pencil, reflecting the expression that exists within us all. What was different in the Charlie Hebdo murders from other acts of terrorism was that this was a direct attack on free expression, based on the misguided premise that expression can be repressed with force.

The credits include the names Joe, Carol, Jazz & Byron D'Arcy. The film is a true family affair, isn't it?

My wife Carol, and my children, Jazz and Byron are each very talented, award winning creatives and I thought it would be great if we could all work together on this project. Fortunately, everyone was available at the same time and agreed to work on the film.

My family often support each other on our individual projects but with 'Je suis un Crayon' (I am a Pencil) we were all able to hold an equal footing in our own respective areas on the same project. It was a truly fulfilling experience to work together with my family and our home was a hub of creativity for the four months that we worked together.

Carol has been an artist for over 30 years and so she applied her skills to the drawing, the animation and the supervision of a team of artists. Byron is an accomplished filmmaker and cinematographer with tremendous creative and technical skills. Byron was assistant director on the film and he handled the CGI and color grade. Jazz is a brilliant singer/songwriter and composer. Jazz composed the soundtrack and also wrote and performed the theme song. 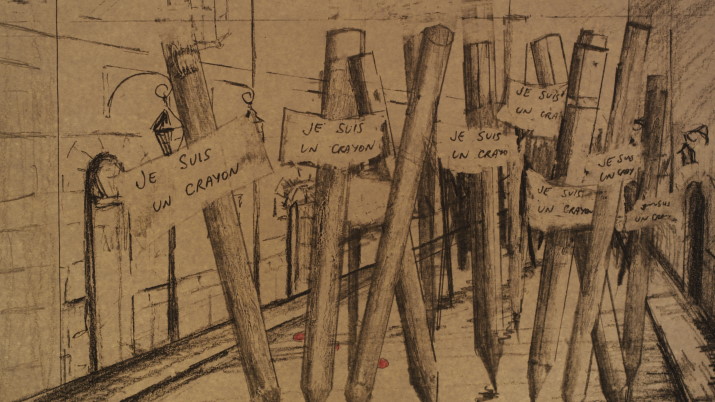 The animation style seems similar to free-flow drawing like a sketch. Why did you pick that approach?

The Charlie Hebdo crew dedicated their lives to expression through the use of hand-drawn images and so to honor this, we wanted the film to reflect the hand-drawn approach; this involved over 5000 individual hand-sketched and shaded images.

The pen is mightier than the sword. Or so the old saying goes. Is it still true?

Throughout history, both the pen and the sword have competed for space, and as time goes by, the power struggle continues. The surest way to ensure a human being will express themselves is to try and use force to silence them. The pen/pencil remains mightier than the sword, not only because words and images are so effective but more importantly because expression is an innate drive within us and so as people, we must express. Without expression, we cannot live. We are unable to repress our expression, even if we want to. From our earliest existence we have expressed ourselves; on the walls of caves, through contemporary graffiti, and in the most repressed conditions, prisoners have scratched their thoughts and their feelings on the walls built by their captors even when there was no chance of anyone ever reading their words.

What do you want people to take away from this film after viewing it?

Some of us see something beautiful and are inspired to paint a picture or write a song. Others see something humorous and feel the urge to tell a funny story, while some people are driven to express themselves in the face of injustice and hypocrisy. When people watch this film, I would like them to remember something that I imagine deep within, that they already know, and that is, we are all in this world together and irrespective of whether we accept each other, whether we battle it out with each other, we will always express ourselves because as human beings, expression is innate.