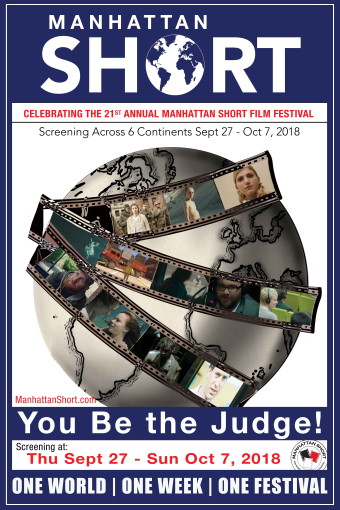 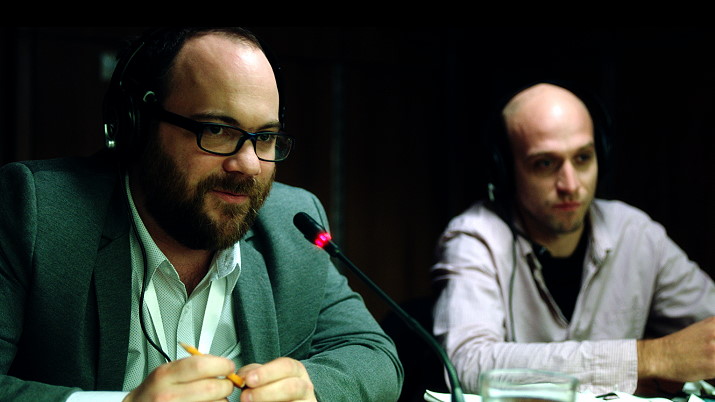 Synopsis: During a professional conference in Prague, two interpreters in the Hungarian booth hilariously vie for the attention of one listener. 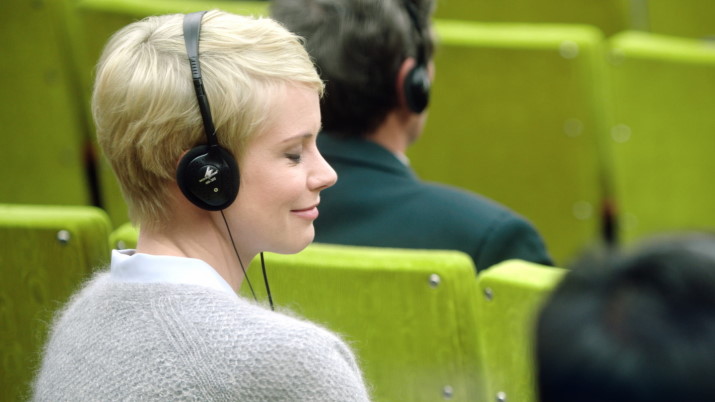 You wrote and directed this film, where did the idea for Chuchotage come from?

I'm not sure anymore. I found these two lines in my "Film Ideas" folder: two conference interpreters find out only one person is listening to them. The rest came afterwards. Probably, I saw these booths during a real conference somewhere and wondered about their background. By the way, the same year I began attending the Budapest Film Academy--20 years ago-- I also could have entered the Interpreter School for the EU since I speak French and English. I even have a little experience in conference interpretation myself.

It's an incredible set and production. Where was it shot?

My DOP convinced me about this set. At first, I found it too retro-looking, like the 70s or something. Then he told me it's trendy nowadays again. Some commercials had been shot there before. The set is an ancient meeting room for top communist leaders in Budapest. It will be demolished in a year's time unfortunately.

Looking at your IMDB page, you have a prolific career writing and directing dozens of short films as well as acting. Which do you prefer: working in front of or behind the camera?

When it comes to filming, acting is far better. I love working as an actor. I hate directing a whole crew and the constant war against time and costs is exhausting. On the other hand, I adore pre- and post-production as well. Writing, location hunting, story-boarding, casting, editing, sound mixing etc etc. as a director, especially my own personal projects--there is nothing better. It's a blessing. A luxury. 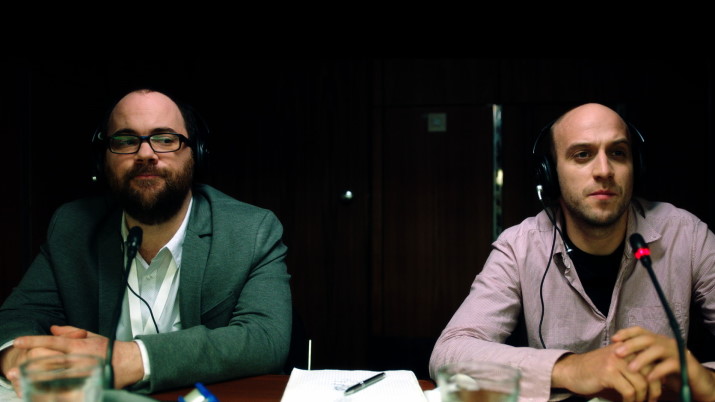 Were there specific attributes you were looking for in your lead actors?

Yes, of course. I wanted both to be slightly funny looking. Not really "losers" but not a real romantic, dramatic, good-looking heroes. These characters are everyday people--intellectuals. One is smarter, taking his job more seriously. The other is more relaxed and also more open to adventures. Classic opposition. And for the lady: extremely pretty and speaking Italian. There is only one actress like this in Hungary, Andrea Osvart, who is quite famous, and thank God she accepted the part. 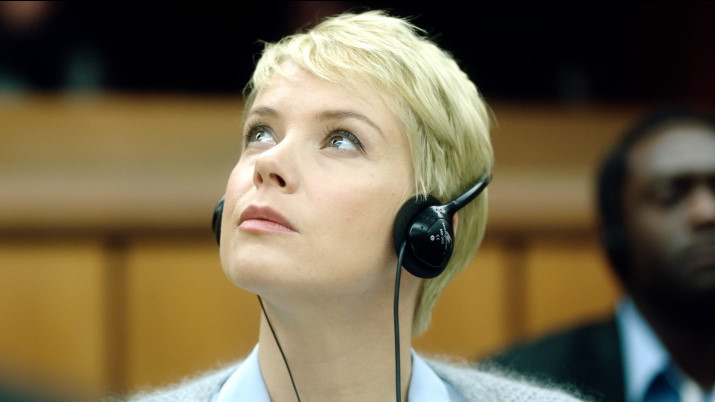 There are well over 40 extras in this film all focused on the moment. How hard is it to work with such a large cast?

I was very lucky with the agency who sent them (I chose each of them by the photo), and they enjoyed sitting there and "just paying attention." I didn't even realize on the set--only later in post-prod-- that they are doing a great job, like real conference people. There is even African and Asian faces in the crowd. It is not so easy to find them in Budapest as we are not so multi-cultural in Hungary.

What directors where your inspiration growing up?

I started as a Chaplin and Woody Allen fan when I made my first comic short films. Later, I realized the importance of cinematographic language and my inspirations nowadays are David Fincher, Spielberg and the last few Clint Eastwood movies. For this film in particular, Swedish director Roy Andersson's movies were also a reference for the composition of frames, lights and even a touch of pale make up for the lead actors.