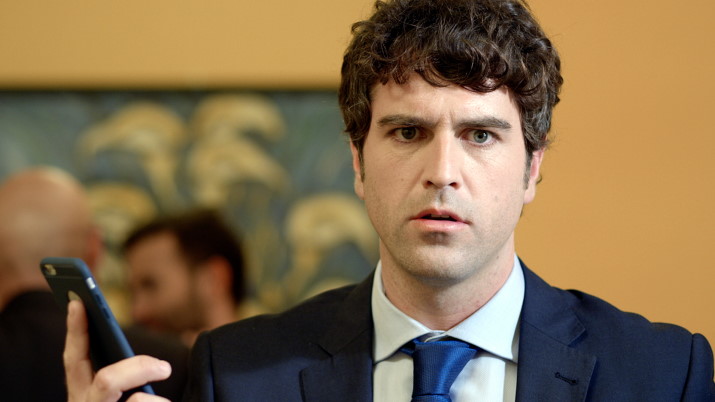 Synopsis: With a $10 million business deal set to close and a date with beautiful girl, David figures today will be the best day of his life. Not quite.

Where did the idea come from?

My middle son, Jacobo, asked me if I could help him write a script for a project he had at that time. So I wrote it, but he never used it. Then I thought it would be fun to watch it on a screen. I decided to shoot it and make it real.

What's the trick to making a great comedic short?

I have no idea! I only wanted the audience not to be looking at their watches, expecting the short to end soon.

Comedy is often about timing. How do you manage that?

Taking the risk and hoping you got it right! 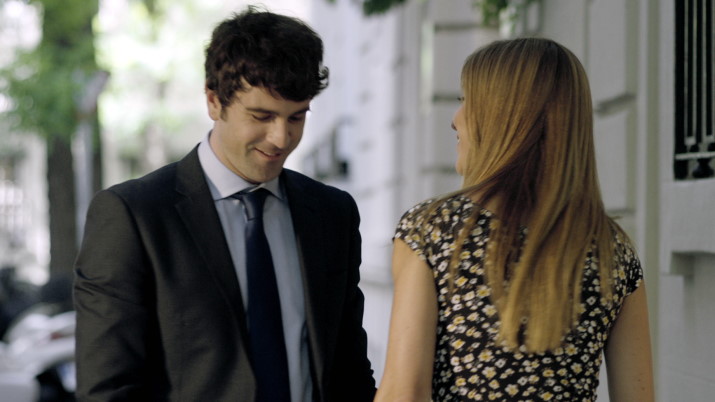 What do you look for in actors when you are casting a comedy?

I want them to have something special. I don't know what, but something that makes them a little different from the rest. Then, I will take care of everything.

What three things would incorporate into your perfect day?

A beautiful girl, a lot of money and time to spend the money with her.

Word on the street says you have a Killer Feature Film Script out there. How's that going and how can producers across the USA get in touch with you about that?

Yes, The Connoisseur. It's a very interesting thriller with a touch of comedy, where it keeps you in intrigue until the last second. If someone is interested in producing our film, they can reach us here: irproductionspresents@gmail.com

Here's the synopsis of The Connoisseur:

Maine, the United States, the 1960s. David Hoffman is a poor 10-year-old who always had to fend for himself. Ever since he was a child, he's been accustomed to hustling for money and committing small con jobs to get by, using his classmates and other rich kids to survive. With the passing of time, his schemes gradually get more serious and dangerous. At the age of 20, he works as an ambulance driver, transporting viable organs for transplants from Maine to New York and also making the most of this "opportunity that life gives him" to deliver Maine lobsters to New York's most luxurious restaurants as well. In his 30's, he has become a professional swindler and owns one of New York's most prestigious Modern Art galleries. Working for him is Chi-Wang, a great forger who copies the works of the world's most coveted painters, like Kandinsky, Chagall, Basquiat and Braque. Chi-Wang uses ingenious techniques that very few people know. David sells these forgeries as if they were the originals, both to New York's Jet Set and to the most important art galleries around the world.

David lives in a grand mansion on the outskirts of NYC. He's used to living a life of luxury: benefit galas, sumptuous private parties, the trendiest restaurants, luxury hotels and cars. He's always surrounded by the most beautiful and elegant women.

David sells these forgeries to gallery owners and collectors throughout the world with the most elaborate and amusing schemes imaginable. Sometimes with the accompanying danger of risking everything so that the con looks completely convincing.

One day he meets Carla, a gorgeous girl who also works in the shadowy world of selling art forgeries, and he falls in love with her. After some time, Carla accompanies him to London on a business trip. That is when David begins to reveal his life to her and their romance grows ever stronger and more intense. Little by little, Carla starts to form a larger and larger part of David's life.

David has a soft spot for Carter, an elderly man. Carter is David's right-hand man and the person who helps him to drive up the prices of David's paintings when he sells them at the most prestigious auction houses. Unfortunately, Carter has a gambling problem and sometimes his addiction to gambling endangers David's business dealings.

David gets a hold of one of the most important paintings by Picasso to never have been offered on the market and, after drawing up a very elaborate scheme, he prepares to pull off the biggest scam of his career. If everything goes right, he'll make $100,000,000 and will be able to retire with Carla from this world that is getting more and more perilous every day. David manages to convince Dimitri, a Russian mobster who has made a lot of money through the sales of some of David's paintings, to buy the Picasso and then turn around and sell it to an ultra-rich Arab sheik. But when David is just about to close the sale of the Picasso to the sheik, some thieves appear on the scene to steal the painting. The situation gets complicated because of the tension of the robbery and one of the thieves shoots David and kills him. The robbers don't take the sheik's money, but do get away with the painting.

Dimitri attends David's funeral, along with his family members and friends. But just when it appears that the whole affair has come to an end, Carla appears in a hotel room, talking with the head of the band of thieves. She is the person who hired the robbers to steal the painting. Later, Carla and Carter make sure that the Russian mobster recovers the stolen Picasso so that he'll stop looking for the thieves, although, in reality, it's a forgery of the original.

In the final scene, Carla is sailing in tropical waters on a luxury yacht, where she meets with the Arab sheik and finally sells him the Picasso for $100,000,000. Once the sheik has left the yacht, however, David appears on deck. He himself had prepared the robbery with Carla and had staged his own death. In the bow of the boat, all those who have helped David pull off his greatest scam, Carter and Chi-Wang, are playing a game of poker while they celebrate.