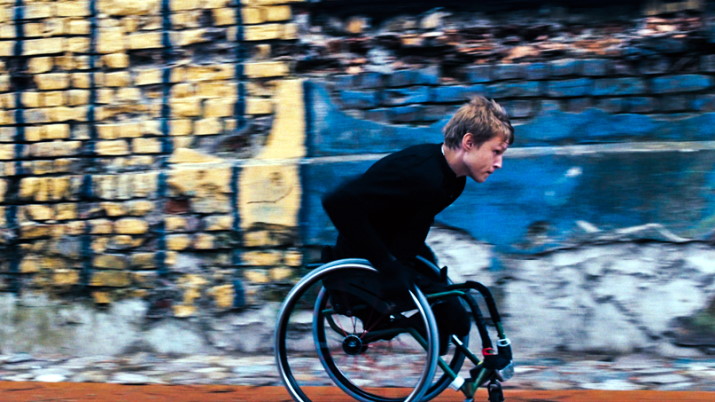 Synopsis: A young man who lost both his legs in a childhood accident comes to the rescue of the girl he loves when she is victimized by villains.

How did you meet Just?

I met a group of people from a sitting volleyball team and they were discussing how sports and playing together in a team had changed their lives. It interested me so much that I wanted to know more about them so I went to one of their games to watch them play. There I saw Aleksandr (Just) playing sitting volleyball, and after the game he told me his life story. It moved me a great deal and sent 'a chill down my spine.' And afterwards, I felt the story needed to be shared to a wider audience as it would inspire many others as it had inspired me and help provide them with an inner strength and will-power to never give up and to maintain the belief that they too can overcome their problems whatever they may be by their own inner self-belief.

What inspired you to make his story into a film?

From the very first serve, I felt there is something special about him. And for sure there is. He is now 19, but when he was 16, he was homeless living on the streets. He had run away from his family and given up on life and every day had to fight for his survival. Then he developed an interest in sport and in time it helped him find a new inner-self and he became a very different person with a new and refreshing outlook on life. And then came the moment of his heroic story, when he saw a girl in need of help and without hesitation jumped into to help her and to stop the thieves! Aleksandr (Just) says it best: "This story is about a person who is desperately in love with life." And that is the message we want to send to everyone "Never give up, believe in yourself and when the going gets tough, dig deep and find that love that exists within you." You can overcome anything which seems to be fighting hard against you, by remembering your principles and keeping your focus and by believing in yourself at all times, however hard it may seem to be. Everything is possible, nothing is lost. 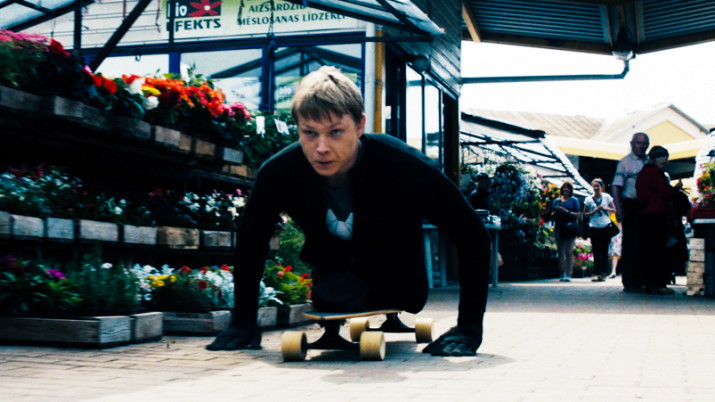 Tell us about filming this amazing chase sequence.

The chase scenes were amazing to shoot, but very challenging, as we didn't have the budget to hire so many extras. The advantage of the Central Market area is that it is always packed with thousands of people. We decided to hide the cameras and rely on real reactions, as again we didn't have the budget to control all of the people. Amazing things happened when we started shooting the chase scene. For example, when the thieves were running and Just was chasing them, suddenly two big security guys started to chase the thieves as well. We stopped a possible fight at the very last moment and that is when we realized that it all looked so real to life. Also, I was lucky with my Director of Photography as he is a very skilled roller-skater so most of chase scenes where shot by him carrying a camera on roller skates and chasing the characters. This made it look so dynamic and real as we were so close to the characters. Another interesting thing is that we used 48 pair of gloves in 3 days of shooting as they were wearing out doing all the amazing chase scenes in the movie on long board and running on hands!

What was the most difficult part of making the film and how did you overcome the problem?

The most difficult part was the weather. It was one of the worst summers in Latvian history, not that we have good summers, but it was terrible! It was 'raining cats and dogs' and all the scenes were shot outside, which gave us lots of stress. Another difficult aspect was the acting, as Aleksandr (Just) had never done any acting before. I worked with him for four month prior to filming and rehearsed every part of the movie. This was challenging, boring, interesting and time consuming, but also awesome for both of us as we got to bond together before the actual shoot. It also gave Aleksandr (Just) more confidence, especially after he saw the film for first time - there were tears in his eyes, his shoulders went back and he was very proud and ready to rock this life and follow his dreams!

What message do you want people to take away from this film?

It is not only about people with disability, it is about all of us thinking there are things we cannot do in life. It is for everyone who feels down, who in some way feel disabled. We want people to see that there are no disabilities, only abilities. What really matters is having the desire, guts and confidence to accomplish what one wishes to achieve. We have to overcome our insecurities and our disabilities and chase our wildest dreams, because what if we catch them? What if we actually can! That feeling is liberating and your accomplishments will inspire you to dream even bigger and inspire other people to believe in themselves as well. Aleksandr (Just) lives his life following his own statement: "Follow your dreams even if you have to crawl towards them!"