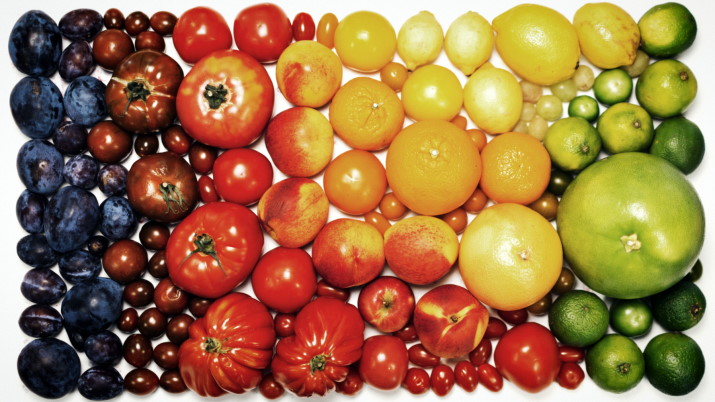 Synopsis: Love, war and the myriad states of humanity and the world condensed into a visual summation that's a treat for the eyes.

What message do you hope audiences take away from Nutshell?

I hope that there are several points of access to a message or even a feeling in In a Nutshell. Of course, it is a criticism of the outrageous materialism of our culture, a materialism that allows me to talk about metaphysical subjects like love or religion only with objects. It is obviously also an exaggerated reference to the speed of our zeitgeist. A speed that goes as fast as it can to end up in a complete emptying of meaning and pure superficiality. That's a trap I hope my film escapes but it forces you to read in between the lines or see in between the frames. It is such an excessive amount of things, shown in such a short time, you are never able to perceive everything. So it is your subconscious that chooses what you see, hear and feel, depending on what is occupying your head and heart at the moment you are sitting in that cinema.

Nutshell is a five-minute film that sums up the world. How long did it take to make?

The whole idea started in 2014 when I directed a trailer for the Winterthurer Shortfilm Festival. That trailer was 45 seconds short and I felt like I had a more profound story to tell with this technique. So I started writing at beginning of 2015, the animation started in January 2016 and the world premiere was one year later at the Berlinale in February 2017.

Do you believe in story telling that "Less is more"?

I do actually. Although, I'm not sure you could say that about In a Nutshell. Maybe most of the single frames looks rather minimalistic but the film itself is obviously the opposite. For once, more is more. I do, nevertheless, believe in stories, especially for (animated) short films, that are stripped down to their essentials.

Was there one sequence that was more difficult than the others?

Yes, definitely. The "nature" scene with all the fruits was a pain to animate. You could never just move one fruit, as every fruit touched another one and the whole picture displaced itself. Then the berries kept constantly rolling away and all of that didn't get better when the first fruits started to rot.

Why make a film like this? What was the inspiration?

Do you know the feeling when you scroll through the news and you try to understand what is actually going on in the world? You feel that everything is related to each other but you can't figure out how. And in my humble opinion, obviously no one does. With only a little bit more human foresight, this planet would be a different place. So the film is actually about trying to get to the bottom of all those relationships. What's connected with what in which way and why. I tried to take a step back to get a better view of the bigger picture. Maybe you could call it searching for the meaning of life.