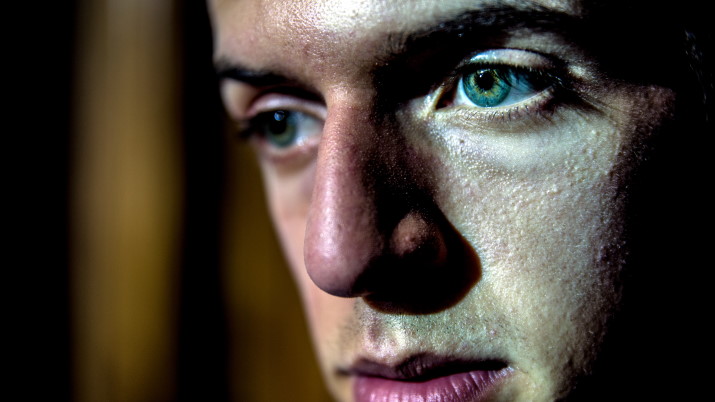 Synopsis: During World War II, a prisoner working as a barber for the Nazis fears every haircut may be his last.

How did you come across the story?

HOPE DIES LAST is based on real events. I heard a report on Radio 4 outlining Jösef's life. I felt his story needed to be told: the nature of fear, cruelty, and mental torture but shown as part of a very mundane and ordinary action, that of a haircut.

What inspired you to make it as a one-shot film?

Why did you decide to have no one speak a word?

Jösef and Hoss never spoke in over 4 years. I didn't want to add what wasn't there. I think the story is more powerful because of this.

Our casting director was fantastic. She brought in some very talented actors. I filmed a test shoot before the casting so I had a good idea of what we required. It's not easy as the actor had to convey so much without any words and without making big visual gestures. Tarek who played the part has an unbelievable simple, honest, and open quality. I think we knew as soon as we saw him he would have to play the part. In terms of Hoss, the German officer, Andrew brought an intense quality of fear and confidence. The two actors never spoke at all during the filming. The decision not to show his face was made in the edit. The fear you can't see, is worse than the one you can.

What do you want people to take away from this film?

I would like the audience to have the film stay with them long after they have left the theater. Maybe reflect on the story now in a modern context. I wanted in some way to mark Jösef's life. I'm so glad that festivals like yours are getting behind the film and wanting to get it seen by as many people as possible.