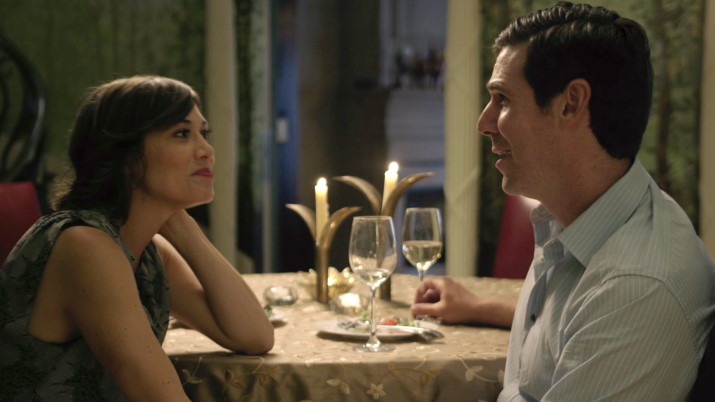 Synopsis: Left alone in a magnificent mansion after the forgetful owner goes on vacation, a plumber contacts his high school crush, knowing she's always been a "gold-digger."

How did the idea for Fickle Bickle come about? Was the plot line based on anything in your life?

One of the main characters in FICKLE BICKLE is the house. I was invited to a dinner party at this house and got to know the owner. Subsequently, he asked if I would house-sit for a weekend while he was away. Of course, I said yes. When he left on the Friday, he had forgotten to leave a key-card for the house which means I was stuck inside this seven-floor, $50mm Upper West Side mansion. It was then I wondered, 'What would someone do in my situation?' The idea of going out, meeting someone and bringing them back to 'my house' was no good, as I didn't have a key to get back in. So, inviting someone around, maybe a high school crush, seemed to be a good idea. Well, that didn't happen in real life but it gave me the story idea for FICKLE BICKLE. Oh, and I did find another key card before cabin fever set in.

The film has a very 1980's light comedy feel to it. What films inspired the look or did you reference?

I loved movies like Planes, Trains and Automobiles. The idea of a real-life event with an edge of absurdity has always interested me.

What's the secret to good comedy?

Actors who don't try to be funny but just are. I was very lucky that John Fulton agreed to do this as a freebie for me. Also workshopping the material until it is word perfect. Both he and Kimberley spent many hours together in LA (I was in New York) so they had the lines and the adlibs down the moment they turned up on the set. And being able to cut out your favorite scene for the sake of the bigger picture is important.

I wanted a short, interesting title. I saw the character of Jenny as pretty fickle about her relationships back in high school so I chose a name for her that just rhymed with Fickle. 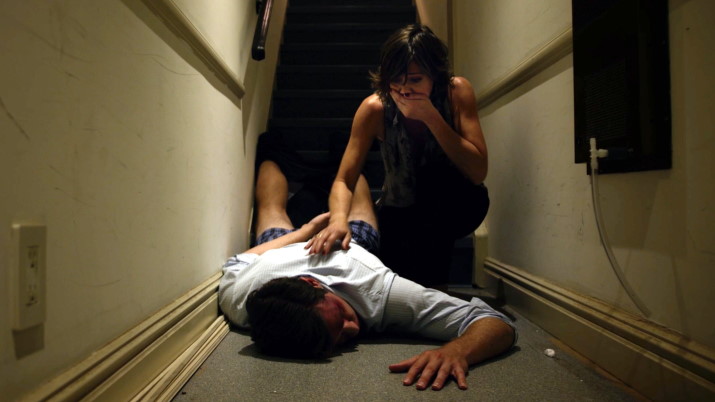 There seems to be a nod to Hitchcock here with the staircase shot. How do you draw inspiration from old masters and make that inspiration your own?

When I was shooting the stairs scene, of course I thought about Hitchcock's Vertigo. One of the first movies my Dad took me to was a Hitchcock movie and I became a big fan. Also, when Jenny finds Kevin at the bottom of the stairs I asked Andy, my music friend, to make it feel a little Hitchcocky, so to speak.

Are there any specific attributes you look for when casting actors for a comedy?

Underperform. Don't play it too big. Subtle comedy is often funnier than an outright jokey performance. However, John Fulton was such a funny guy it was difficult to hold back (and not piss-off the sound guy with background laughter). 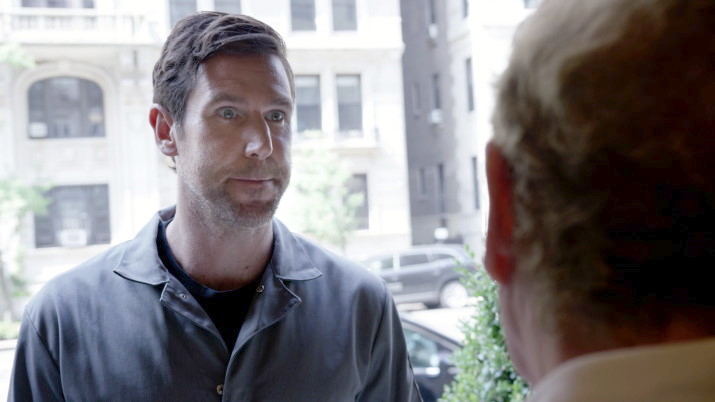 Comedy is often about timing. How do you work that out with the actors or do you let them run with it?

From the start, let them run with it. Then mold the performance based on their instincts. However, great editing makes the difference between funny and very funny.