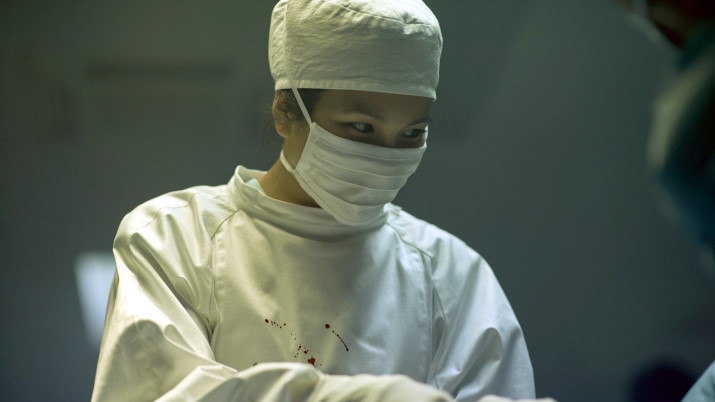 Synopsis: 3am. Hongjing, China. 1980s. A single-minded surgeon is forced to break her physician's oath when violent gangsters storm into a hospital to stop a crucial operation.

Where did the idea come from? And why did you want to explore a conflict between violence and medicine?

The idea came from two sources. The first was when I became a mother. They don't often talk about this, but the wellspring of love and patience that comes with parenthood is also attended by a deep well of potential violence. When I first looked at my baby, I knew in my bones that I was more capable of violence now than before becoming a mother. I would do anything to protect this child. It's not a fun feeling but it was very interesting to me as a writer. The second thing was that my sister is a surgeon and she told me a story about one night when she was working in the ER. A man comes in and he is in bad shape. He's been attacked by a mob. The reason he's been attacked is because he threw a young child off a bridge, killing the child, which is when the mob attacked him. My sister is saving this man's life, knowing what he's done, and she told me that she actually recited the Hippocratic oath to herself, in her head, while she was working on him. It wasn't her job to be judge and executioner. It was her job to treat him. I found this push and pull between duty and instinct so fascinating. We live in civil society but we are all of us only seconds away from savagery.

This is possibly the strongest short for a promotion to a feature film we've ever accepted. How is the development to the feature coming along?

Thank you! We started development on an action feature about 3-4 years ago and DO NO HARM was conceived as a prequel origin story for one of the supporting characters (the Surgeon). We've just started financing process for the feature script. It's called BLACK LOTUS, and I'm very excited about it.

You've teamed up with legendary film producer Tim White, who produced some of Australia's leading films through the 1980's and beyond. How did that come about?

The industry circles in Australia and New Zealand (where I was born, and live) are quite small. Tim White is a Kiwi who lives in Oz, and comes to NZ for many projects. I had been introduced to him many years ago as a university student - he was working with my then-lecturer. So about four years ago we met again at a local screen symposium, and we got to talking - "what are you working on", that sort of thing. He responded to BLACK LOTUS immediately. He has daughters who enjoy action films but there's a real dearth of nuanced but entertaining female-friendly genre fare like ALIENS, TERMINATOR 2 or MAD MAX:FURY ROAD, let alone big-scope genre films helmed by women (holla Kathryn Bigelow, Patty Jenkins). So this project was a way to make something his daughters could really dig which is a great reason to get behind something. 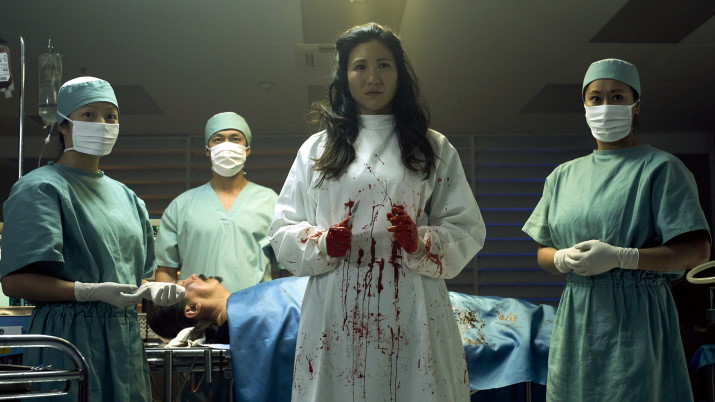 If you could cast any actor in the world to be in the feature film, who would it be?

Oh gosh, this is a tough question because I think the kickass Asian female action star to break the American market has yet to be made. Of course, there is Lucy Liu and Michelle Yeoh, but I would love these actresses and new actresses to have the clout, cachet and skills of Charlize Theron. Maybe I'm biased because I just watched Atomic Blonde, but Charlize and 87Eleven are the gods of action right now. Without any disrespect to the likes of Tony Jaa, Iko Uwais, Samo Hung, Jackie Chan and Master Yuen Woo Ping, to name but a few!

What is significant about the time period and location?

My family comes from Hong Kong,and the fictional multi-cultural metropolis we conceived of for the feature film BLACK LOTUS - called Hongjing - is a near-future parallel universe version of Hong Kong. It's very cosmopolitan, English is the common language, but it has all the clutter and history of a super-prosperous and super-populated former British colony like Hong Kong. Because of budget constraints, we had to limit the story of DO NO HARM to an achievable location. I'd heard that the Triads in Hong Kong have their own private hospitals to treat their associates, away from the prying eyes of authorities. The time is significant because of the timeline of this character. I wanted to wind back to the first corruption of this surgeon's moral code. By the time of our feature, she is a very twisted individual but I found it interesting the short dealt with this significant moment when she turned. Plus the 1980s allows us fun options with costume, equipment, and music choices. 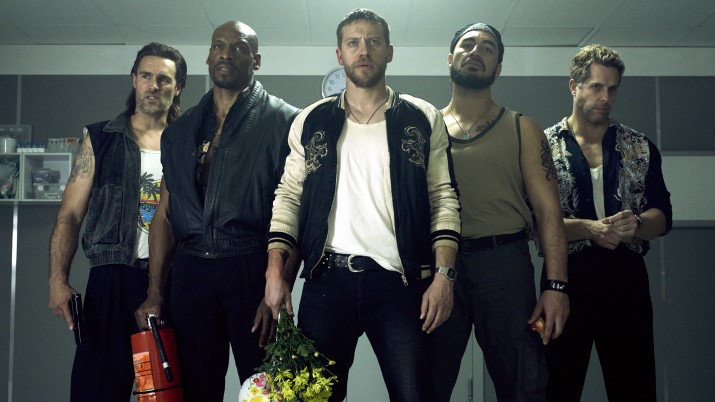 What's the hardest part of choreographing the fight scenes?

Nothing hard, it's all pure joy! This is my first proper taste of action - can you tell I'm excited? I literally jumped up and down with excitement when we fired the first blanks. I guess the 'hardest' (and by hard I mean tricky, not unpleasant!) is the logic and narrative of the fight beats and making it cinematic, in that order. I like action that tells a story, I like every beat to have a story or character reason. For this fight, it was all about the quickest way to a goal. I tried learning Krav Maga last year (I haven't continued, though I know I really should!) and started trying to understand the nature of violence. Violence is usually very utilitarian. If a guy wants your purse and you resist, he is going to hit you. He's going to hit you, not because he's evil and wants you to suffer but because it's the fastest way for him to get your purse. Similarly, if a guy walks into a room and his job is to kill someone in that room, why on earth would he hesitate to say something or do anything other than point and pull the trigger? So you have to build in tiny checks and balances to make the logic and justification of violence work and that can be the trickiest part. I'm not even sure I've got it covered in this short but I like to think I'll get better and better as I make more action work. After that, it's making the action look dynamic while also telling a story with the composition - who holds the power in the scene, who surprises who etc. Then last but not least, is the logistics and toys. Special effects and tiny explosives and squibs and all that fun stuff that takes time on set to load and reset, plus marrying that with digital effects and solutions. I'll try to nail the hand-to-hand and gun stuff, then I can't wait to get into cars and bigger explosions.